Will the patent system be assimilated?

There’s an active debate running in patent offices and courts around the world at the moment, as to whether an AI (artificial intelligence) can be named as an inventor on a patent application.  So far, the results have been mixed; South Africa and Australia have said yes, although South African patent examination is very light-touch and the Australian decision is under appeal.  The UK, European Patent Office and the US have all said no, but appeals are pending.  It’s an interesting philosophical problem, but in its current form I think it’s a bit of a distraction. 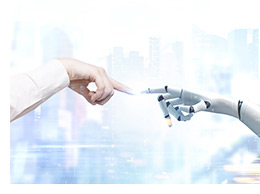 The applications being argued over all originate from Dr Thaler, who runs the ‘DABUS’ AI research project from his office on Wall Street (no, not that one, the one in St. Charles, Missouri).  Dr Thaler believes that the AI he has created is capable of feelings and sentience.  He tends to publish his results in niche journals and does not make the code available for review, unlike other academic and commercial researchers in the field.  He seems to be somewhat of an outlier in the field, but that could be said about many inventors.  Others working in the AI field seem happy to name the controlling humans as the inventors; Dr Thaler profoundly disagrees with this approach, saying that it allows humans to take the credit for work done by a machine.

The patent applications in question have been filed in Dr Thaler’s personal name, and name DABUS as an inventor in what is very definitely the longest Statement of Inventorship I have ever seen.  He claims that since DABUS was not designed to solve a specific problem, it is the inventor rather than the people who created it and set it up.  However, he acknowledges that the invention resulted from the operators choosing to train the AI in a specific field; one might argue that the selection of a field and the choice of training materials made a non-trivial contribution.  He justifies filing the application in his own name on the basis that he owns the machine on which DABUS was running. 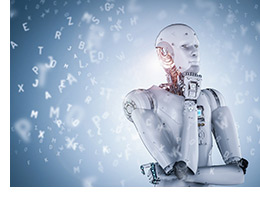 This raises more questions than it seeks to solve.  It also requires a leap of faith in the AI in question; if it has been given only published material to learn from, and computes a new development from that, surely this is the very definition of an obvious step - unless the computing device is capable of a conscious spark of creativity, which rather begs the question.  AI has managed many impressive things, such as solutions to the Game of Go or optimising shapes for car suspensions and chip layouts.  However, these are problems that might be characterised as “brute force” issues where an AI has an advantage over humans, who as imperfect beings need to use more inventive approaches to get to a viable solution in a reasonable time.  AI advocates point to allegedly creative outputs such as AI-generated music, but those who think AI cannot be creative also point to the same music to prove the opposite.

There also seem to be moral and practical issues around ownership.  Dr Thaler claims ownership of the patent rights on the basis that he owns the AI machine.  That may work in his specific case, but what if the AI is running in the cloud on a distributed computer system?  In any case, the concept of “owning” a creative inventor seems wrong – William Wilberforce would surely object.  More seriously, the approach of patent law is that the inventor is the first or default owner of the patent rights, which may then be transferred by agreement, or as a result of employment, but if the AI does not have a right to own property then how can it be the first owner? 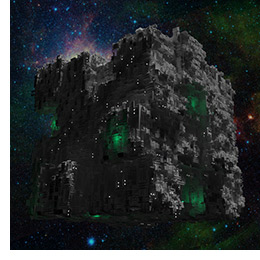 It’s not a huge step forward from believing that an AI can create an invention to accepting that it could set up its own email server and send me its idea, with a request that I prepare and file a patent application for it.  If it is “out there” somewhere on a distributed server system then its possible that no human owner is identifiable, in which case the AI would also seem to be the applicant.  I’m not sure how we deal with that, except that I’ll be asking for funds in advance before starting work.  As a reductio ad absurdum argument, that’s enough to persuade me that an inventor needs to be human.

We will have to see how this case develops.  I remain optimistic that resistance is not futile.  I think one thing is certain though – however it is resolved, this issue is muttering to itself “I’ll be back…”.