Why you should register your mark today, not tomorrow

There's a well-known Chinese proverb that says: “The best time to plant a tree was 20 years ago. The second-best time is now.”  It’s true of many things, and trade mark filings is one of them – although I might modify it to say that the best time was 4 years ago (do ask me why, if you don’t already know). 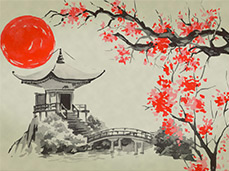 The usual reason that I give (for filing sooner rather than later) is that although the common law in the UK does give rights to the user of a mark, those take time to accrue and they are difficult (i.e. expensive) to prove.  So there is a vulnerable period after you start using a mark, during which you’re unable to prevent a third party from acquiring a valid registration of what you think is your mark, and even once you’re out of that phase it’s likely to be much more expensive to defend your brand should that ever be necessary.  By comparison, rights in a registered trade mark can often be in place and enforceable within 4-5 months, date back to your filing date, and are a fraction of the cost to enforce.

I’ve just heard of another reason, though, and it’s a result of the IP enforcement measures that online marketplaces offer – or rather, the potential for their abuse.  All of the major marketplaces have them – Amazon, eBay, Alibaba etc.  In this case, it was Amazon, where a smallish firm in the South of England listed their extensive range of till rolls – rolls of thermal paper of just the right size to fit in a till.  They traded as the ‘Till Roll Superstore’, with an eye-catching logo:

All well and good, until a third party started listing its own till rolls against the same ASINs on the site.  Worse, they applied to register their own version of the logo:

As the original Till Roll Superstore hadn’t registered their marks, they weren’t notified of this and the Registry could see no reason to refuse the application.  So it was registered.  The usurpers then used Amazon’s notification process to have the original Till Roll Superstore barred from their own ASINs – faced with an apparently-valid registration in full force and effect, Amazon had little choice.

Now, of course the original Till Roll Superstore had common law rights, and the usurper’s trade mark application was in bad faith.  So there were legal remedies available, and litigation duly ensued.  It took 13 months to resolve, though, during which time the original Till Roll Superstore lost access to their Amazon history, the backstory of positive reviews for their products, and so on.  Hindsight is obviously a wonderful thing to have (if only we could access it a little sooner…) but if the mark had been registered then they would have been alerted to the later application, they would have had easy grounds to object to the later application, and they could have recorded the brand in Amazon’s Brand Registry to prevent the hijack from the start.

So it’s worth registering the mark, even if you don’t think you’re ever going to sue someone for infringement.  Do give me a call, we’re always happy to talk about new projects and there’s no charge unless and until you decide to go ahead.