What's in a name?

I came across this article in the Washington Post recently, and it got me thinking.  In short, there is an established feminine name ‘Alexa’ (https://en.wikipedia.org/wiki/Alexa_(name)) that has been given to many newborns over the years – peaking at 6,000 American children in the late 2000s.  That means there are a lot of Alexas out there, and many of them were not pleased when Amazon launched its voice-activated device with the wake-up word “ALEXA!”. 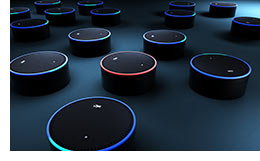 ALEXA is a registered trade mark ( see https://euipo.europa.eu/eSearch/#details/trademarks/003243326) , but this isn’t a trade mark issue.  It does feel like one, though.  The many earlier Alexas don’t have any exclusive rights in their name, as you might guess from the fact that there are many of them.  But they have had to endure the problems usually associated with a larger business starting to infringing their trade mark. Like a trade mark infringement that often starts with simple confusion; my favourite in the WP article was the student in online classes, having to listen to the Professor’s Echo device pipe up every time he called on her by name.  If an infringement isn't brought to a halt, the smaller trader often has to step aside and start rebranding themselves, and in that case several of the Alexas report that they shortened their names to Alex, or adopted a middle name instead.  It’s sad to see that, but it’s often the endpoint if these situations aren’t brought under control quickly.  Without an existing registration of your trade mark, that’s a challenge.

Could this situation have been stopped?  Well, the obvious objection to Amazon’s trade mark would have been that it lacked distinctiveness.  In the UK, practice on a wide variety of questions is set out in the “Examination Guide” and in relation to forenames it says that a single forename will usually be accepted in relation to goods, unless they are the type of goods often adorned with a name (such as mugs, bracelets, keyrings etc). For services, though, common forenames will be objectionable.  Presumably the rationale for that would be that there is a clear distinction between people and things, but a service requires people to provide it. So marks along the lines of ‘Betty’s Tea Shop’ are likely to be used by many traders.  Amazon’s registration of ALEXA is for services (“providing a wide range of information via global computer networks”) so at first sight there could have been an objection.  The EU office chose not to raise any concerns, though; it allowed the application immediately without any query.  Bad news if your name is Alexa and you were planning on providing a wide range of information to your clients via global computer networks...

Of course, denying Amazon a registration of the mark would not have stopped them using it – you don’t have to register your trade mark, and the question of whether or not you can use it is dependent on what registrations other people have.  Securing your own registration is the absolute best way of stopping someone else acquiring one, though.  It does seem unfair that such problems have been caused for all the Alexas out there, though.  Presumably they are now sending their business preferentially to Apple and Google whose wake-up phrases (Hey Siri! and Hey Google!) don’t use a personal name.

There is a serious (Siri-ous?) message here, though.  If you’d like to get your be ready to respond to this kind of threat, let me know and we’ll look over your business image and any trade mark registrations that you have, and let you know if we see any gaps in the armour. 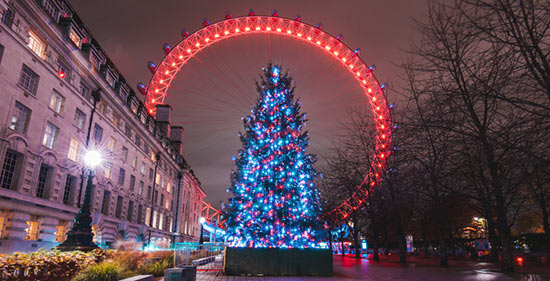 Whether or not you have members of your household who might believe in Saint Nicholas, Father Christmas, Santa Claus or Kris Kringle (after all, what's in a name?) then on behalf of myself and all the team at Downing IP, I'd like to wish you a very happy Christmas season and very best wishes for a prosperous New Year.