So, it’s the 31st January, and as you all know nothing of any significance is happening today!

I’m serious, in fact.  Obviously, there is something happening at 11pm tonight - which has been a good while coming and will probably prove to be quite significant in time.  But in my field, intellectual property, nothing will change tonight.  We will move from working under EU rules, to working under the rules of the transition period set out in the Withdrawal Agreement – which says that EU rules will apply until 31 December. 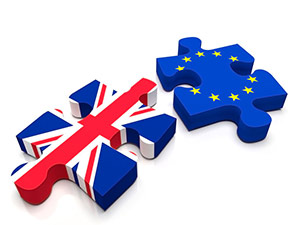 There will be quite a change at the end of the year, though, and there are a few things that you might want to sort out ahead of then.  So I thought I’d quickly run through them.

Just to be clear, nothing changes now or at the end of the year in relation to the patent system.  That’s because the European Patent Office is not an EU body – it is independent, and fiercely so.  We are members of the EPO in our own right as a nation state.  So the system carries on exactly as before.

The UK Patent Office grants trade mark registrations that cover the UK.  Nothing changes there, it will just get somewhat more busy.

Of course, there is the small question of the 2 million (and counting) existing EU trade mark registrations, which have covered the UK since the EUIPO opened on April Fools’ day, 1996.  They won’t cover the UK (as such) after the transition period ends, so the UK IPO has put arrangements in hand to create a replica of each and every registration on the UK Register.  These new “comparable UK trade marks” will have the same scope, dates, etc as the EU registrations they are replicating.  They will be granted to the owner of every registered EU mark as of 31 December 2020.  No formalities will be involved, and there will be no fees or charges involved.  They will need to be renewed separately to the original EU mark, but the renewal deadlines will be the same so that will be simple to work out and deal with.  If you have an EU registration that’s on our records, we will take care of everything for you.  If you’d like to put your EU mark onto our records, let me know.

Pending applications for EU marks will be treated differently – their owners will be able to apply for a UK mark, but they will have to make a fresh application to the UK Registry and pay an application fee equivalent to a UK filing.  Provided the application is made within 9 months of the transition period ending, the new UK mark will retain all the dates (etc) of the EU application.

So that does mean that if you’ve been thinking of registering a mark for the EU, now is the time to do it.  It takes about 5-6 months to get an EU mark through, assuming all goes smoothly, so applications made in the first half of this year stand a good chance of being registered in time to qualify for a free UK registration.  Leave it too late, and you’ll have to apply for a UK mark separately.

With a few nuances, the position is the same as for trade marks.  I won’t bore you! Registered design applications go through a little more quickly though, so you can relax for a few more months.

As ever, any questions… let me know!

PS – if you’re not sure whether it’s OK for me to use the ‘every little helps’ slogan, maybe you could do with having us on board to advise…!