Can you always use your own name?

It’s one of those accepted “things” about trade mark law that you’re always free to use your own name, and that’s come to prominence this week with the news that the comedian formerly known as Joe Lycett has changed his name to “Hugo Boss”, apparently as a form of protest against the clothing company’s efforts to establish a monopoly over the dictionary word “Boss”. So is he right? Is that a simple way past trade mark law? 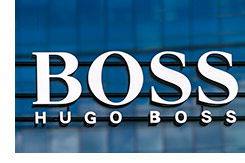 Like most myths and tales, there is a grain of truth in there. Section 11(2)(a) does indeed say that a trade mark is not infringed by “the use by an individual of his own name or address”. So yes, you can in principle. There is an apocryphal story in the trade mark profession of a concert orchestra that was led and run by a Mr Albert Hall… and which toured as “The Albert Hall Orchestra”. As the story goes, after some objections the matter was settled on the basis that he did not perform within a certain radius of one specific venue just next to Hyde Park. Whether this is true or not, I have no idea. But it’s a nice story and establishes the point. We have also used the defence before now, including for one client whose surname happened to coincide with a very well known and very famous jeweller.

But there are provisos, like with all areas of the law. First, it only applies to “an individual”. So if you happen to have a handy name, then yes you can trade under it, but you will not be able to incorporate your business. That may put a limit on your aspirations for world domination. Second, and more serious for the former Mr Lycett, section 11 ends with a limitation that the defence only applies “provided the use is in accordance with honest practices in industrial or commercial matters”. There’s quite a strong argument that deliberately changing your name by deed poll to match a well-known international brand is not in accordance with such honest practices, so if the newly-named Mr Boss does start trading in clothing then I’m pretty confident that his defence will not last very long.

That’s particularly so given that he has published in full his reasons for changing his name on Twitter and linked Hugo Boss (the original one…) in on the tweets. So they have all the evidence they need in order to defeat his defence… yet another example of the advisability of keeping some information off social media. Unless the intention was just to enact a PR stunt, of course? 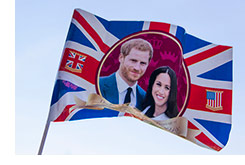 It seems that Harry and Meghan have accepted the inevitable and withdrawn their trade mark application for ‘Sussex Royal’.

You can’t just use Royal references in trade marks willy-nilly. Section 4 of the Trade Marks Act deals with “specially protected emblems" and notes the “words, letters or devices likely to lead persons to think that the applicant either has or recently has had Royal patronage or authorization” cannot be registered unless consent is obtained from Her Majesty.

I’m guessing that consent was not forthcoming…? 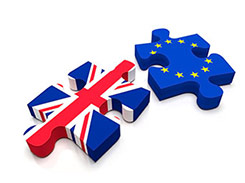 Despite previous pronouncements that the UK was going to be involved, this has been in doubt since the moment after we voted to leave, and the latest announcement is not really a surprise. After all, the Unitary Patent Agreement stipulated that that membership was only open to EU states and that the EU’s Court of Justice had overall authority over the system – both red lines for the current government.

So is this good news or bad news? As ever, that depends on who you are. If you’re a multinational with many patent families spread across multiple jurisdictions, fighting patent infringement battles with other similar entities on multiple fronts, then the UK’s departure from the system is probably bad news as it means your legal bills are not going to go down in the way that you might have hoped. If you’re a smaller trader, trying to compete in the UK market against such businesses, and occasionally fulfilling orders from outside the UK, then this is good news because it means that if you’re ever called upon to defend yourself in a patent infringement case, it’s rather more likely that the case will be heard in the UK, in English, before a UK court with long experience of IP disputes. Whilst UK courts certainly don’t have a monopoly of efficient case management and just decisions, the fact remains that it is a lot easier and cheaper to deal with a case at home.