What happened to the “Ice Bucket Challenge” Trade Mark? 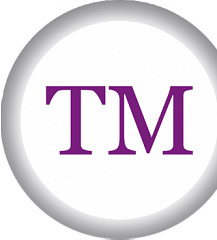 With the Ice Bucket Challenge being the recent internet craze and most of the population taking part, it was no surprise when The ALS Association filed an application to obtain U.S. trademark registration.

The association tried to register both ‘Ice Bucket Challenge’ and ‘ALS Ice Bucket Challenge’ and stated in their application that it would be used for charitable funding. However, they have recently pulled out stating that it was withdrawing the application because of the public's concerns. There were also concerns by other charities because they would have to gain its permission to use the phrase in the future and could restrict its use.

If their application had been approved by the U.S. Patent and Trademark Office, the organisation could have taken legal action against others for using the phrases without their permission.

According to the association, the trademark application intended to prevent fraudsters from cashing in on the success of the Ice Bucket Challenge. The aim of the challenge was to raise money for amyotrophic lateral sclerosis, better known as Lou Gehrig's Disease.

Michael Downing, a Trade Mark expert at Downing IP thinks that "this neatly highlights the complete irrelevance of “inventorship” in trade marks. It doesn’t matter who thought of the mark, what matters is how the public see it as of the date on which the application is filed. Whilst ‘ALS Ice Bucket Challenge’ might have been allowable, as it clearly references the ALS charity, there were so many people who did an ‘Ice Bucket Challenge’ (including myself) while donating to a different charity that the more generic term just means the way in which the money is raised, rather than who it is raised for. Had ALS filed the application earlier, before the Challenge took off, the situation might have been different."

What is most important, of course, is that the ALS Association has raised more than $100m dollars which is more than it raised in the whole of 2013. Its British equivalent, the Motor Neurone Disease Association, has also benefited, as well as charities including Macmillan Cancer Support and WaterAid

For confidential, professional advice please contact us on 01494 422626 or email info@downing-ip.com