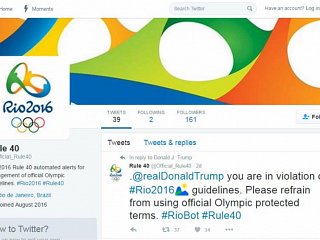 The account is a fake, but has gathered a lot of media attention after telling off various brands and celebrities including the Pope, 10 Downing Street and Donald Trump for using the official #Rio2016 hashtag on Twitter.

The Twitter account @Official_Rule40 claimed to provide “automated alerts for infringement of Rio 2016 guidelines.” It seemed to be replying to everyone who used any Olympic-related hashtags including #Rio2016 and #TeamUSA with a generic message as shown above, warning them that they were violating the Olympic Games rules.

Twitter has not commented yet as to why the account has been closed, but it’s more than likely been removed for pretending that it was associated with the Olympic Games and is in violation of Olympic brand guidelines.

Pope Francis received a stern message about Olympic marketing after tweeting a good luck message as the Games kicked off. 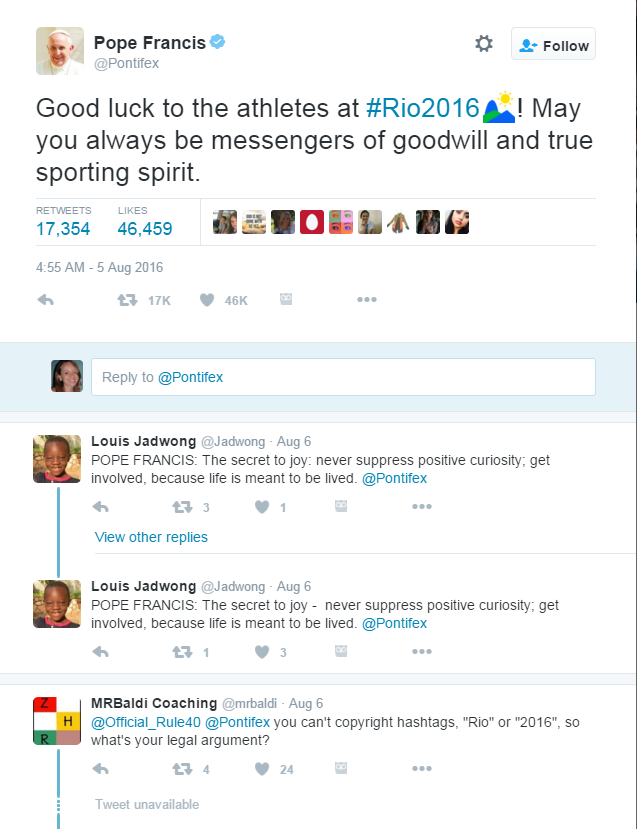 Donald Trump also posted on Twitter about the Olympics and received this message which was directly tweeted to him by ‘@Official_Rule 40’. 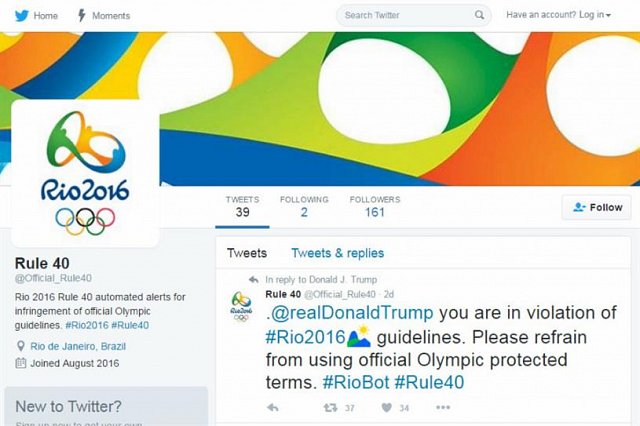 One of many giveaways that implied the @official_rule40 is a fake is that Twitter has more than 200 official hashtags and emojis related to the Olympics, all of which have been promoted as free for Twitter users. These can be found on Twitter’s own Blog.

What Rule 40 actually says is that “no competitor, team official or other team personnel who participates in the Olympic Games may allow his person, name, picture or sports performances to be used for advertising purposes during the Olympic Games”, which is a long way away from the kind of thing that the Twitter account was highlighting.  We could be wrong, but we’re pretty confident that neither the Pope nor Donald Trump are competing in the Rio Olympics.

There is a rather long list of words that advertisers can't use, just as there was for the London Olympics in 2012.  These range from the more obvious ones like "Olympics" to more generic words like "effort" or "performance," depending on the context.

The IOC states the rules are in place to protect its sponsors' investment and prevent "over commercialization."  They stop people using terms in their advertising that suggest that they are associated with the Olympics, such as being an Olympic sponsor.

They are important in creating a value in sponsorship, which helps to generate the revenue that is needed in order for the Games to happen in the first place.  However, they don’t stop normal discussion of the Olympic Games – such as this blogpost!