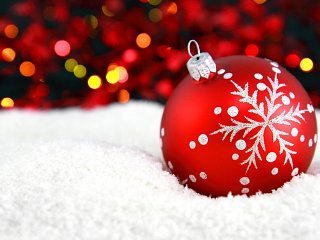 It is the season of festivity, the season to be merry and also the season for the big brands to hit us with their Christmas marketing campaigns. These big budget campaigns (the one below is estimated to have cost around £7 million) have become a feature of the holiday build-up as each tries to tell a differentiating story and help us feel that Christmas will be all the better for their particular company's products and services.


This year the John Lewis campaign, coming in at 2 minutes and 10 seconds, tells the story of a curious young boy who finds a snoring and wind-breaking monster called Moz living under his bed. You can watch the whole thing here (https://youtu.be/Jw1Y-zhQURU) but to cut a long (as advertising goes) story short, a developing friendship results in Moz helping the boy have a most satisfactory Christmas experience. This is all backed by a lush sounding Beatles soundtrack (Golden Slumbers) re-interpreted by rock band Elbow.


What has set the cat amongst the pigeons is that today several newspapers are running with the story that the idea has been plagiarised. Author Chris Riddell, until recently the children's poet laureate, alleges that the campaign features scenes very similar to his 2011 children's story about an under the bed monster called Mr Underbed. Mr Riddell has posted on Twitter: "John Lewis help themselves to my picture book" and has released a statement in which he says: “The idea of a monster under the bed is by no means new but the ad does seem to bear a close resemblance to my creation – a big blue unthreatening monster who rocks the bed and snores loudly,” he said. “Needless to say, I think Mr Underbed is a lot more appealing than Moz, but of course, I’m biased. I’ll be fascinated to hear John Lewis’ thoughts on the matter.”


In the world of intellectual property it all comes down to a question of whether John Lewis copied a substantial part of Chris Riddell’s work.  Of course, you can never know what was in the mind of another designer (unless they are kind enough to admit copying) so the usual approach is to look for similarities. If they are too close, or if there are too many of them, then it starts to look like it isn’t a coincidence.  Here, the monster is blue, has a big nose, and lives under the bed, which isn’t terribly striking.  It will be interesting to see how this one develops.