Can you use the well-known social media icons on your own website?

You see it all the time – a website will have a discreet link to the owner’s social media channels, often presented 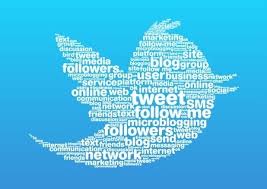 using the appropriate icon, such as the Twitter Bird or the Facebook Thumb.  You can see examples on our website, in fact.  But surely that is use of someone else’s trade mark?  Is that allowed?  Well, yes it is, within limits.  But what are those limits?

First, we have to make the rather obvious point – these icons are trade marks like any other, and distinguish the service provided by the owner of the trade mark from services provided by other people.  So if you want to use a version of the Twitter bird to denote your own new range of online services, or your hotel, or your range of premium luggage (and so on), then you are likely to be infringing the trade mark.  Legal letters will probably follow, and our recommendation in that case will be to cease and desist – promptly.

But use of the logos to link to an account on the social media channel itself is a different matter.  First, you may be operating with the positive consent of the trade mark owner.  Consent from the owner of an IP right is always a free pass – provided they really are the owner and you stay within the terms of that consent, of course.  Most social media channels do provide a general consent to third-party use of their logos – search for “usage guidelines” or “brand guidelines” together with the name of the channel concerned, and Google™ should take you straight there.  Follow those, and there is no question that you will be just fine so long as the icon is linking to the correct location.

Those guidelines can be a little harsh, though.  They include limits on how close other elements can be put to the icon, what colours the icon is presented in, and what modifications can be made to the icon (clue: none).  The Guardian described Twitter’s guidelines as “strict”, but they also say that “no one likes talking to trademark lawyers” so we would suggest taking their utterances with a pinch of salt.  The New Statesman agreed (about Twitter’s guidelines, we don’t know what they think of trade mark attorneys), describing it as “trademark crazy” and “sucking the fun out of their company”.  It’s the colour limit that is often the problem – what if you have a harmonious colour scheme for your site, and the official colours don’t work for you?  Can you change them?  How enforceable are those guidelines?

Yes, you can (probably).  Twitter say you can’t, but all that means is that you don’t have their positive consent.  If the law doesn’t give them the right to object, then their consent (or lack of it) is irrelevant.  UK trade mark law has a specific exception allowing “the use of a registered trade mark by any person for the purpose of identifying goods or services as those of the proprietor or a licensee”.  In other words, you can use a trade mark freely, provided you are talking about genuine goods or services that emanate from the person that owns the brand.   This is why you are allowed to describe an item for sale on eBay™ using the original brand under which the item was sold.  It is the crucial difference between (for example) “Ford spare parts” and “Spare parts for Ford cars” – the former is an infringement because it is using the FORD trade mark in respect of the spare parts that are being sold, whereas the latter is not an infringement as it is using the FORD trade mark to identify the genuine cars (originally sold by Ford) for which the parts are suitable.

There is a proviso in the law saying that the use must be in accordance with honest practices in industrial or commercial matters, but use of the logo to link to the actual site is perfectly honest (in our view), even if you blend the colours to match harmoniously with the surroundings. You are still using the mark to denote the service provided by the trade mark owner, and that is the crucial point.

If you have any questions about Trademarking your brand please contact Downing IP on 01494 422626 or email info@downing-ip.com